IS CBD LEGAL? DEPENDS ON WHO YOU ASK

One of the hottest dilemmas, in the cannabis industry, these days involves the relative legality of CBD. The answer involves the DEA, the Farm Bill of 2014, the myriad state laws, on the subject, and a history of ambiguity in America over jurisdiction, and control, over products that are consumed by humans for benefits to health.  Understanding this quagmire is helped by a glance back in history to see how we all got to this difficult place.

The 19th century was dominated by unrestricted capitalism in many commodities, including drugs. Opium had been known, for millennia, as a pain medication and pleasure producer, but it had a dark side. In 1805 the German pharmaceutical giant Merke isolated Morphine from opium. The British were very successful purveyors of opium and forced the poison onto the Chinese in several Opium Wars in the 1840’s. Opium tincture (laudanum) was a widely available medical, or whatever, product in stores across America. The Civil War brought widespread use of morphine, through hypodermic syringes, and it became a drug problem for many veterans of the conflict.

Coca wine was available circa the war, but it was refined to a crystalline product with cocaine hydrochloride. President Grant used the substance to help with the writing of his memoirs before he died from throat cancer. Doc Pemberton concocted Coca-Cola, from coca leaves, to help him treat his morphine addiction. It was labeled a “soft drink” because it contained no alcohol and was believed, in dry Atlanta, to be less harmful than liquor. By the time Sigmund Freud was treated for cocaine addiction, it was becoming apparent that cocaine had a dark side.

Indian hemp was introduced into European society when Napoleon’s troops returned from the near east with hashish. Dr. O’Shaughnessy brought Indian hemp medical products to England in the 1840’s. It’s medical benefits were widely spread through medical societies and products were developed, principally based on alcohol extraction. The second half of the 19th century saw a rapid expansion of cannabis preparations here in America.

Morphine, cocaine and cannabis were not the only substances that were put into “patent medicines”, but they were the big ones. Alcohol was the solvent, and an ingredient, in many of the medicines. As you probably recall, alcohol was becoming quite the moral dilemma as the end of the 19th century approached. Traveling “medicine men” mixed up their special elixirs and sold them to rural citizens. These medical products, along with many other commercially prepared products, eventually appeared in the Sears and Roebuck catalog to be shipped in plain wrapping to your home. When Bayer developed Heroin, in the late 1890’s, the nation was seemingly flooded with snake oil and “addiction” was part of the national discussion about safety in consumer products.

Not to be forgotten was the invention of nutritional products to bring people back to health. Health sanitariums popped up and inventors like Kellogg developed food products (I’m thinking breakfast cereals) to bring people to optimum health. The health claims of these food products were puffing on steroids and their safety was never guaranteed. The food supply was increasingly uncertain and there were few laws to protect consumers. This situation had gained the attention of Congress and when Upton Sinclair published “The Jungle”, about the meat packing industry, Congress passed the Pure Food and Drug Act of 1906 (PFDA). The act required truthful labeling of drugs (morphine, cocaine, chloral hydrate and cannabis) and alcohol and is still considered the beginning of the FDA. However, those products that were not considered drugs were not treated as harshly. This would turn out to be the beginnings of the modern battle between drugs and nutritional supplements.

Over the decade that followed the PFDA, morphine was criminalized. The International Convention of 1912 lead to the Harrison Anti-Narcotic Act of 1914 and federal drug prohibition was off and running. The Treaty of Versailles contained language to prohibit morphine and opium, as did the League of Nations in the 1920’s. States began to enact laws to control poisons and Boards of Pharmacy evolved in all states. As drugs were increasingly controlled, nutritional supplements fought hard to avoid the label of drug. Food, which included supplements, were under the control of the US Department of Food and Agriculture. Consumer safety for foods was viewed differently that the control mechanisms for drugs to protect medical consumers. In the 1930’s Congress added cosmetics to the FDA and today we operate under the FDCA.

America’s attack on cannabis took racial overtones as “marijuana” entered the lexicon of prohibition. When the Mexican Civil War sent refugees fleeing north after 1910, cities and states began to enact prohibitions against marijuana use, but medical use of cannabis was allowed. After alcohol prohibition ended in the administration of FDR, there was increasing pressure for national marijuana prohibition. In 1937, Congress nefariously passed the Marijuana Tax Act and even medical use was made effectively impossible. The Tax Act lasted until 1969 when Tim Leary got SCOTUS to find it unconstitutional. Congress took up the issue of drugs in the Omnibus Controlled Substances of 1970 (CSA). As you know, marijuana was placed in Schedule 1 of that Act and was completely outlawed, except with federal permission. An unfortunate situation that continues today.

In 1994, Congress passed the Dietary Supplement Health and Education Act. This act had jurisdiction over products taken orally for supplementing the health. Claims of health benefits were required to prove their claims or cease advertising the benefits. It also put the burden on the FDA to prove a product, or ingredient was to be treated as a drug rather than a supplement. Ingredients like ephedra lost the battle with the FDA and recently, kratom has fallen under such scrutiny. The industry that produces and markets food supplements is vast, politically connected and well funded. If there is a straight-faced argument to keep a supplement a food rather than a drug, massive political pressure can be brought to bear.

MARIJUANA AS A LEGAL TERM IS A PROBLEM

Prior to Dr. Machoulam’s discovery of THC in the early 1960’s, science did not know what was in cannabis that made it psychoactive. By that time, marijuana was the legal term, used by the federal and state governments, to describe the cannabis plant with psychoactive and medical benefits. Once this cannabinoid was discovered, definitions were developed to distinguish between “marijuana” and “hemp”. THC concentration defined the two terms and the figure of 0.3% THC was the line. Less was hemp and more was marijuana. When Congress enacted the CSA, marijuana was defined to include all parts of the cannabis plant, growing or not, seeds, resin extracted, all salts, compounds, derivatives and all the language thought to cover every possible product from the plant. The CSA also excluded the stalks, fiber, oil cakes made from seeds, but resin extracted from stalks was not excluded. (21 USC 802). The use of the term “resin” is a problem in today’s question about hemp derived CBD.

The cannabis plant produces cannabinoids. Prior to the scientific definition of THC, the term marijuana was all inclusive, even though the non-psychoactive phenotypes were defined as hemp for practical purposes. WWII brought hemp production back for a short period of time, but amnesia was imposed for several decades. Hemp and marijuana were treated effectively the same. They were illegal.

As research continued into the multitude of cannabinoids produced by the cannabis plant, it became possible to isolate the cannabinoids. CBD was able to be looked at separately and investigators began the process to identify which of the cannabinoids were responsible for the many medical effects described by patients. Research also proceeded into the health and nutritional benefits of hemp seeds and the oil derived from them. Dating back, to the 1937 Tax Act, whole seeds needed to be rendered sterile. Seed cake was the base for nutritional and health products. It was also determined that some varieties hemp had relatively more CBD than others. It was possible to extract, and isolate, CBD as a commercial by-product of hemp cultivation and processing. Herein lies the present reality that is creating today’s uproar.

The use of the term “resin” in the CSA demonstrates a desire to prohibit, and control, cannabinoids as a drug. The Farm Bill of 2014 was enacted to allow research projects, under state law, to develop agricultural products from hemp. Several states, most notably Kentucky, have moved forward with increasing commercial production of hemp products. As more acres of hemp are grown, increasing amounts of hemp flowers were available and CBD could be extracted commercially. Over the last two decades, CBD products have become increasingly popular and the source of CBD began to be hemp. Domestic hemp production was not enough to cheaply meet demand so international sources were sought out, think China. Many that were in the CBD trade began to believe that CBD was not a drug covered by the CSA, but an industrial hemp product or a nutritional supplement, outside federal criminal enforcement.

The DEA did not suffer from this belief. In early 2017, a statement was issued by the DEA that clarified, at least in their minds, that CBD was a schedule 1 drug under the CSA and that the Farm Bill did not allow CBD production since it was not an agricultural product, but a drug product. Litigation was started to fight this ruling, but the case was dismissed. In December of 2017, the DEA announced a new category of marijuana extract that covered CBD, and all cannabinoids. As far as the federal government is concerned, CBD is treated like THC, it’s all marijuana. It’s not that simple though.

Many states that have legalized cannabis specifically allow, or restrict patients to, CBD as a state legal medical product. If the CBD is produced within the lawful state, it is only the federal government that would take enforcement action. Unfortunately for the federal drug establishment, there aren’t enough enforcement officers to stop CBD as a medical product. CBD products are seemingly available everywhere and states appear to be inclined to not enforce. This creates a situation that defies understanding, logic or currently workable solutions.

To make matters even more difficult, hemp probably is not the best source of CBD for human consumption. The cannabis plant will extract many toxins from the soil and it takes acres of hemp to commercially produce CBD. The toxins can show up in the CBD and that is problematic for consumer safety because of a lack of testing. Additionally, the cannabis chemotypes that produce high concentrations of cannabinoids, traditionally called marijuana, include a fuller profile of cannabinoids and contain terpenes. Most cannabinoid experts, I’ve talked with, believe that full spectrum cannabinoid products are medicinally superior to hemp derived CBD. This particular topic cries out for research to determine the best source for medicinal products high in CBD.

Now that I’ve said all that, the central question remains difficult to answer. The DEA considers CBD to be prohibited as a schedule 1 drug and not allowed to be produced from hemp, since it’s not considered an agricultural product. If CBD is shipped through interstate commerce, the federal government may decide to take some enforcement actions to send a message. However, for all practical purposes, the feds can’t stop the CBD trade. If your state is allowing CBD production, odd are you’re safer, but not totally safe. How far one goes with CBD production and sales, depends on one’s willingness to accept the risk. Of course, that’s been the theme involved in cannabis production for many decades now. Welcome back to the wild west. 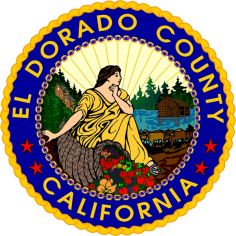 (PLACERVILLE, CA) – The following seven meetings of the El Dorado County ad hoc Cannabis Committee meeting are scheduled between today and May 14th.

WHERE: All meetings will take place at the County Board of Supervisors Chambers 330 Fair Lane Placerville, CA

WHO: Members of the ad hoc Cannabis Committee, Supervisors Michael Ranalli and Sue Novasel
El Dorado County Staff
Members of the public are invited to attend